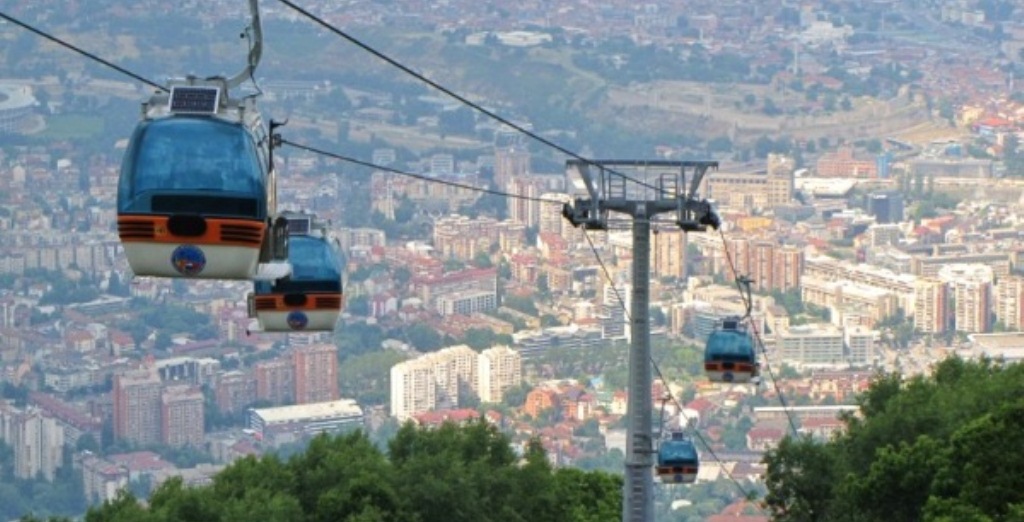 This program including- visiting of city centar-Skopje , str Macedonia,old Town and Millennium Cross

Skopje city center includes massive plans for new construction, renovation, and decoration of public spaces that is destined to reshape the public face of central Skopje, and is readily visible through the ongoing works-in-progress mostly around Macedonia Square. Monuments of historic figures from marble and bronze, fountains, sculptures and new buildings of institutions are envisaged by the project "Skopje 2014" for the central area of the city of Skopje. Monuments are being designed for many notable Macedonians, including Metodija Andonov Cento, Tzar Samuil, Justinian I, Goce Delchev, Dame Gruev, Ss. Cyril and Methodius, Ss. Clement and Naum and many others. The project also envisages the construction of two pedestrian bridges over river Vardar, which will be ornamented with 28 two-meter monuments each with other Macedonian historical figures, such as Toshe Proeski, Miladinov brothers, Koco Racin, Grigor Prlicev, Aco Sopov, etc. The Mother Teressa memorial house

The Old Town – it is characterised by architectural mixture of churches, mosques, inns, baths, a Bezisten (covered bazaar), many craftsmen’s shops, old buildings, small shops and Bit Pazar (big market place). The main cultural monuments in the old town are: Daut Pasin Amam, Cifte Amam, Kursumli An, caravan inns: Kapan An and Suli An, and Mustapha Pasha Mosque which represents one of the most beautiful objects of Ottoman architecture in Skopje. 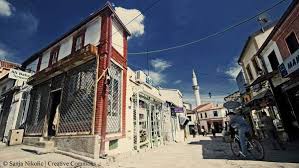 is a 66 metre (217 ft) high cross situated on the top of the Vodno Mountain in Skopje, Republic of Macedonia. It was constructed to serve as a memorial of 2,000 years of Christianityin Macedonia and the world.

View of the Millennium Cross from the center of Skopje.

The construction of the cross began in 2002 and was funded by the Macedonian Orthodox Church, the Macedonian government and donations from Macedonians from all over the world. The cross was built on the highest point of the Vodno mountain on a place known since the time of the Ottoman Empire as "Krstovar", meaning "Place of the cross", as there was a smaller cross situated there. On 8 September 2008, the independence day of the Republic of Macedonia, an elevator was installed inside the cross. In 2009, a restaurant and a souvenir shop were opened next to the cross.[1] In 2011 the Millennium Cross ropeway was opened, and is three and a half kilometres long.[2] At night the cross shines down over the city.